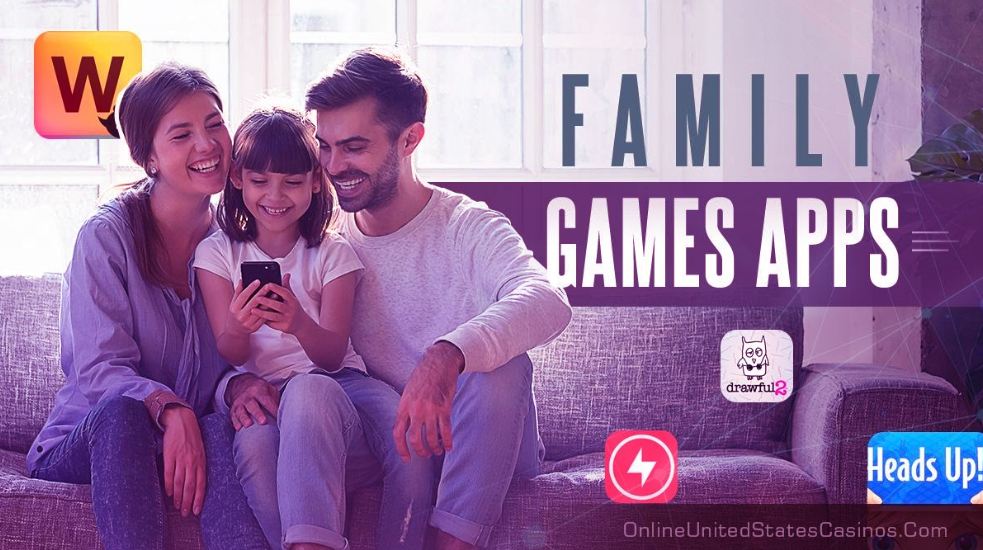 Games are a structured form of play with entertainment primarily as their end goal. Yet, they can also get used as educational tools. They date back to human’s ancient past, representing one of the oldest methods of human interaction, an integral part of all civilizations. In modern times, the game industry has attempted to create products that appeal to entire households, simple and thematic ones that help create pleasant memories and keep people together. While before, these products mainly got played on boards or with decks of cards, today, like everything else, they have moved to the digital sphere.

Research shows that in 68% of homes with children, adults like to keep their kids busy by participating in gaming activities with them. Moreover, 11% of family gamers are not stingy concerning smartphone apps. What is super interesting is that surveys show that these groups are likelier to play a vaster range of apps than single demographics. Meaning, when it comes to mobile play, they do not restrict themselves to virtual representations of traditional board/card products. When given the option, they like to diversify their game fun. Bonding aside, playing games can help kids develop essential skills, growing various social, emotional, and cognitive competencies. For adults, games are often a stress reliever.

Below, we list five pieces of Android software suitable for adults and younger individuals to enjoy together, ones that can help them foster a greater connection with each other and provide both groups varied growing opportunities.

Zynga is likely the most famous American social game developer. Based out of San Francisco, they claim that their mission is to – connect the world through games. FarmVille, released in 2009, is by far their most popular app ever, often getting mentioned as the most-played Facebook game of all time. Well, while FarmVille dominated the social media landscape, Zynga’s Words with Friends attained the crown of the most popular mobile game in the US. It also got released in 2009, featuring crossword-puzzle gameplay similar to Scrabble. Though, it has no association with it. World With Friends lets users’ expand their vocabulary and sharpen their wit while socializing with those closest.

Bingo has a reputation for being the elderly’s favorite game of chance, predominately because it allows them to be social, participate in a group activity with dozens of other players. However, in the past decade, this lottery-style gaming product has slowly moved to the digital sphere, as there is now a slew of multiplayer bingo apps on Google Play, or you can find real money bingo games here. Playtika’s Bingo Blitz is the favored pick for those already familiar with bingo fun. It is a vibrant game that boasts a set of unique colorful characters that will make anyone’s day. Blitz offers multi-card gameplay, a souvenir collection scheme, and the ability to participate in tournaments with players from all corners of the globe.

Yahtzee is a Milton Bradley-patented dice game that debuted in the early 1940s. The objective of its gameplay is to roll five dice, scoring points by hitting specific number combinations. There are usually thirteen rounds per session. Over the years, this product has seeped into popular culture, and the word Yahtzee now often gets used to exclaim excitement. Licensed electronic versions have been available since 1996. Nevertheless, the top Yahtzee app, Yahtzee With Buddies by Scoopely, showed up on Google Play in June 2017. It is software that allows multiplayer matches where users can test their game skills, win in-game prizes, and personalize their gaming experience by attaining custom dice and vanity frames.

Henry Smith is a game developer from Quebec, Canada. He is the creator of the award-winning mobile party game – Spaceteam, which has over ten million installs on Google Play. Launched in July 2013, this cooperative shouting app can get enjoyed by up to eight players who must shout technobabble at each other until their ships explode. Each one gets assigned a random control panel and several time-sensitive instructions. Spaceteam won the MAZE 2013 award for the Most Amazing Indie Game.

Uno is a shedding-type card game invented in 1971 by Merle Robbins of Cincinnati, Ohio, and became part of the Mattel brand in 1992. The latter’s endeavor with Chinese internet giant NetEase, Mattel163 Limited, is responsible for the app version of Uno, which got released in April 2018. Uno gets played with a 108 card deck, and the aim here is for players to score five hundred points by being the first to play all of their cards. Inside Room Mode, users can invite family members to a game of Uno that features specifically selected rules. The app also allows 2v2 battles.

Shelly Schiff has been working in the gambling industry since 2009, mainly on the digital side of things, employed by OUSC. However, over her eleven-year career, Shelly has provided content for many other top interactive gaming websites. She knows all there is to know about slots and has in-depth knowledge of the most popular table games. Her golden retriever Garry occupies most of her leisure time. Though, when she can, she loves reading Jim Thompson-like crime novels.